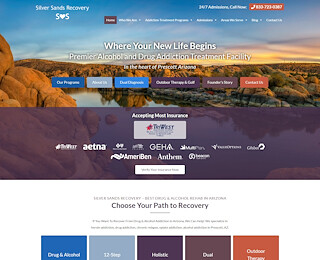 Otis was a character on the old sitcom The Andy Griffith Show. Otis played the “town drunk” and had a recurring routine where he would stumble into the Mayberry jail, take the keys from the wall, and lock himself into his cell to sleep it off.

In one hilarious episode, the jail is full of other prisoners, so Sheriff Andy takes Otis to his home to spend the night. The next day Andy’s Aunt Bee decides that she is the “warden” of the makeshift home jail and forces Otis to do household chores all day instead of taking it easy as he would do at the real jail. After this experience, Otis swears to stop drinking for fear of a return to Aunt Bee’s “rehab center.”

Putting humorous sitcoms aside, alcoholism and drug use were once considered a flaw of one’s character instead of a disease. The “therapy” in those old days included religious prayer regimens, imprisonments and at worst being committed to an asylum where the addict might be subjected to archaic practices.

Fortunately, the treatments for alcohol and drug abuse in the modern era are much improved, and the evidence of this is on display at Silver Sands Recovery located in Prescott, Arizona. Silver Sands is a state-of-the-art rehab and treatment center that offers a full array of treatment programs including:

While alcohol is still the most widely abused chemical, other drugs like cocaine, methamphetamines, and prescription painkillers all cause physical and mental addictions. Some patients may require detoxification before entering any treatment program in rehab centers. At Silver Sands, the trained staff will evaluate each patient and advise if a medical detox at a leading detox facility is needed.

Most health insurance carriers have some coverage for addiction treatment that can be used to offset the costs of rehab. Silver Sands can evaluate your policy to determine the extent of your coverage and answer all your questions concerning our treatment programs. If you or a member of your family needs help the time to call Silver Sands is now at 833-247-0015 or via email at lisaw@SilverSandsRecovery.com. Our online form can also be used to contact us and write a short message.

We welcome your comments!